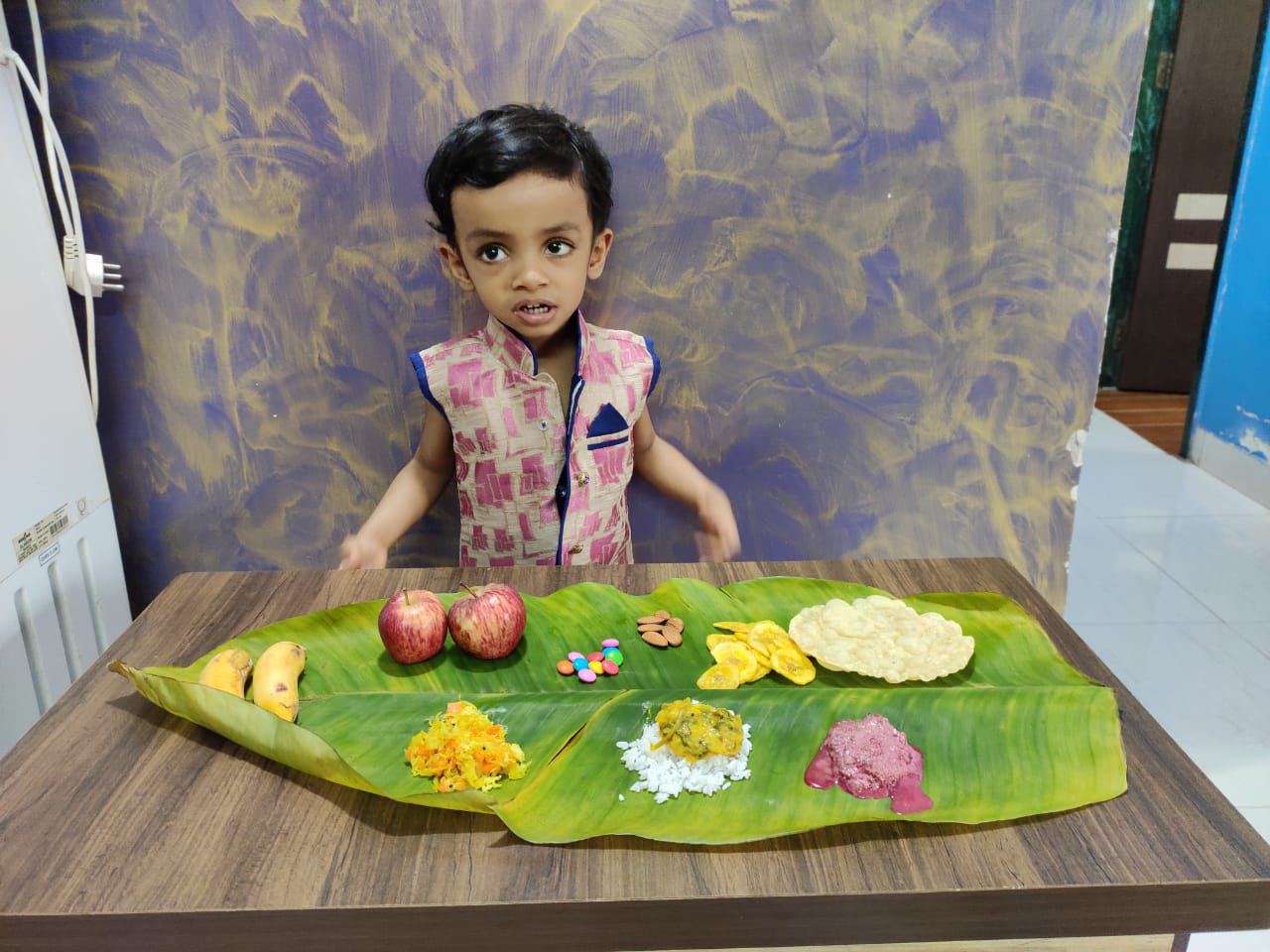 Onam is the most celebrated festival of Kerala. It is symbolic of King Mahabali’s annual home coming and it also celebrates the Vaman avatar of Lord Vishnu. It is a ten day long festival that brings in the best of festive spirit among all the people of Kerala and is celebrated with lots of pomp and splendor. 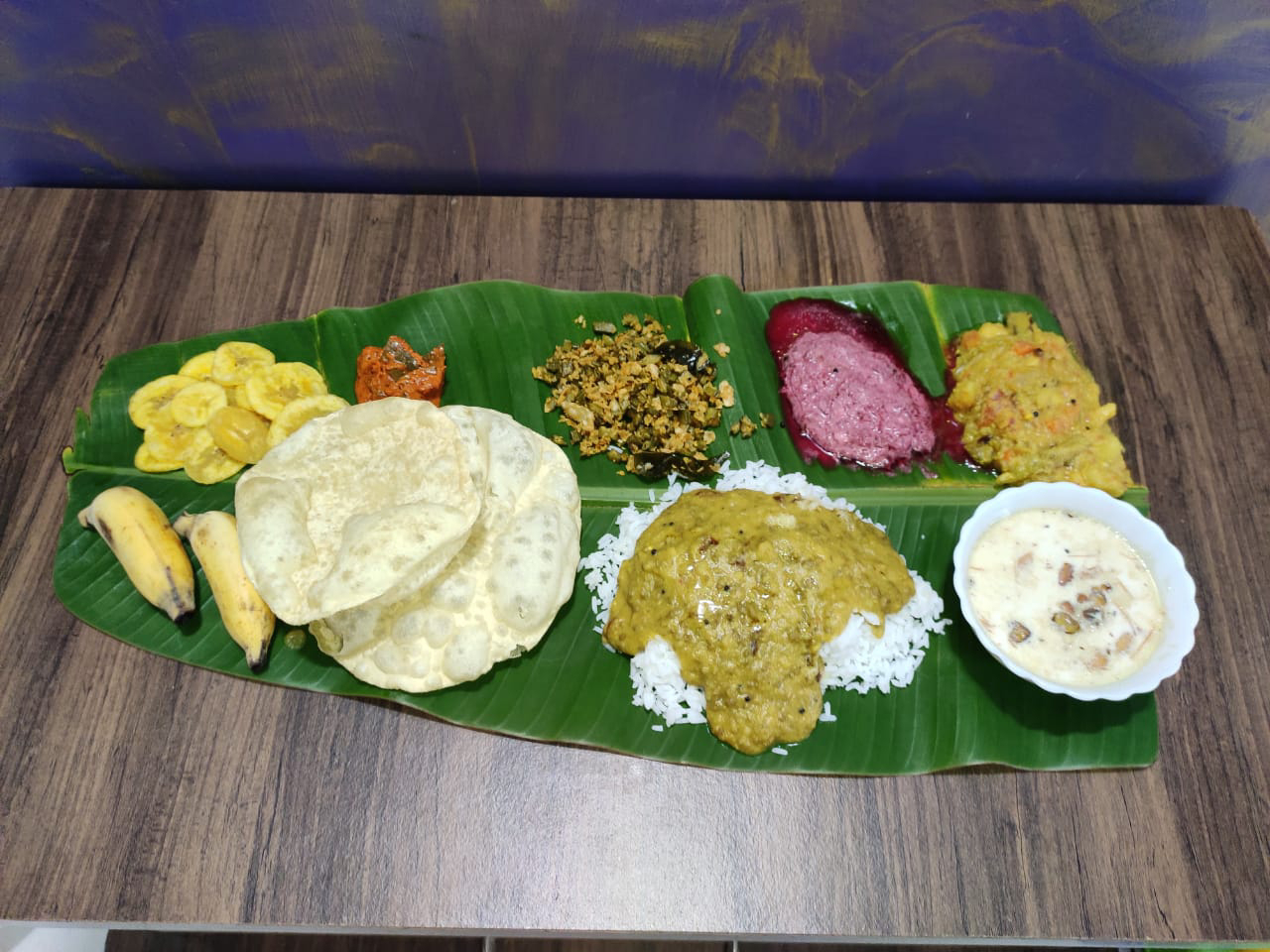 Onam is known as the rice harvest festival of Kerala. Rice is the staple food of all living in Kerala. All the ten days of celebration of Onam has its own significance. 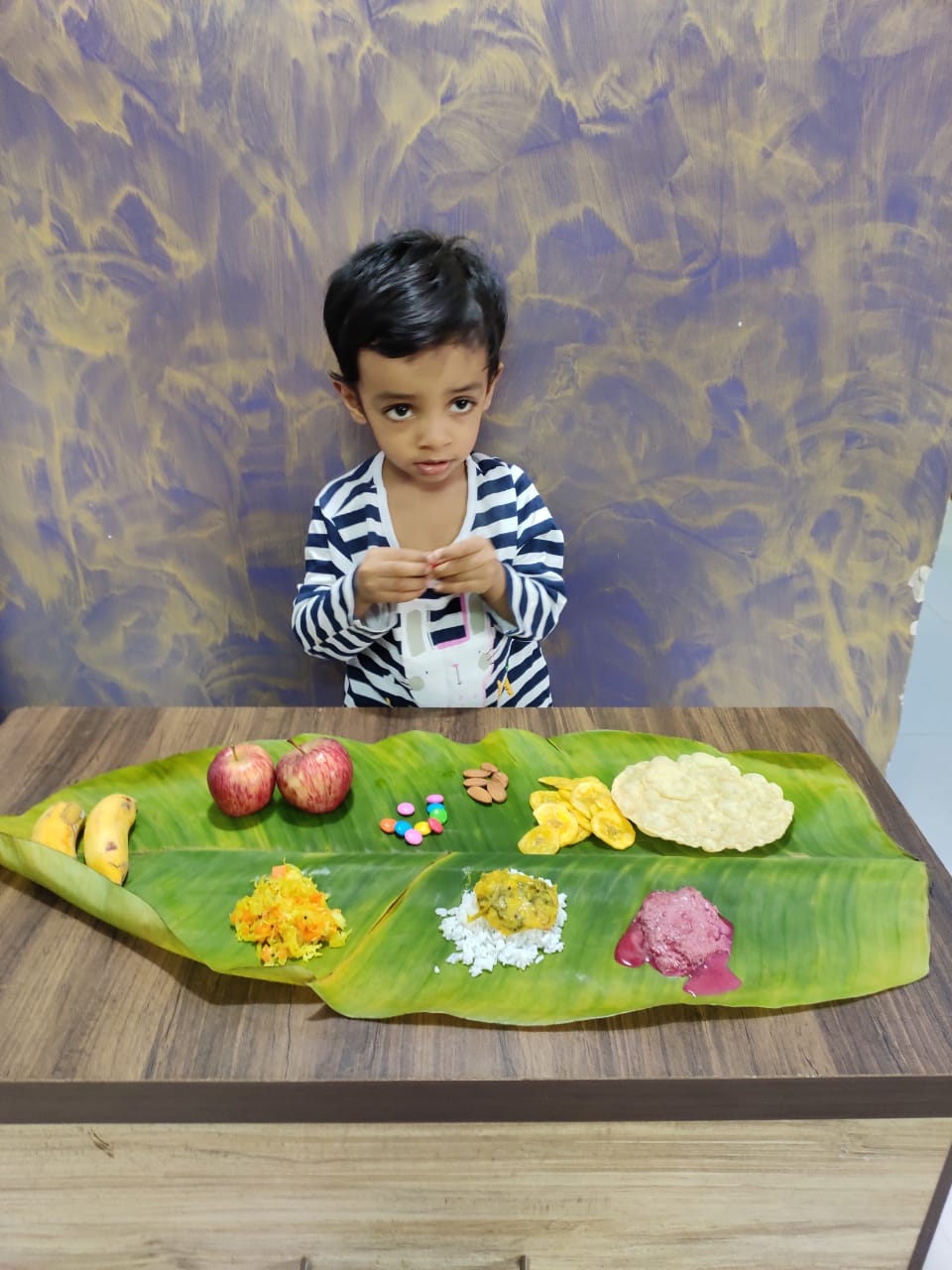 The colorful floral designs known as ‘pookkalam’ are symbolic of this festival. Usually women members of the house make different types of rangoli patterns on the ground , outside their houses with flowers ( like a rangoli) and lit oil lamps in order to invite King Mahabali to their house forva scrumptious meal. People gift each other new clothes and wear new clothes as well, this traditional is known as 'Onakkodi'. 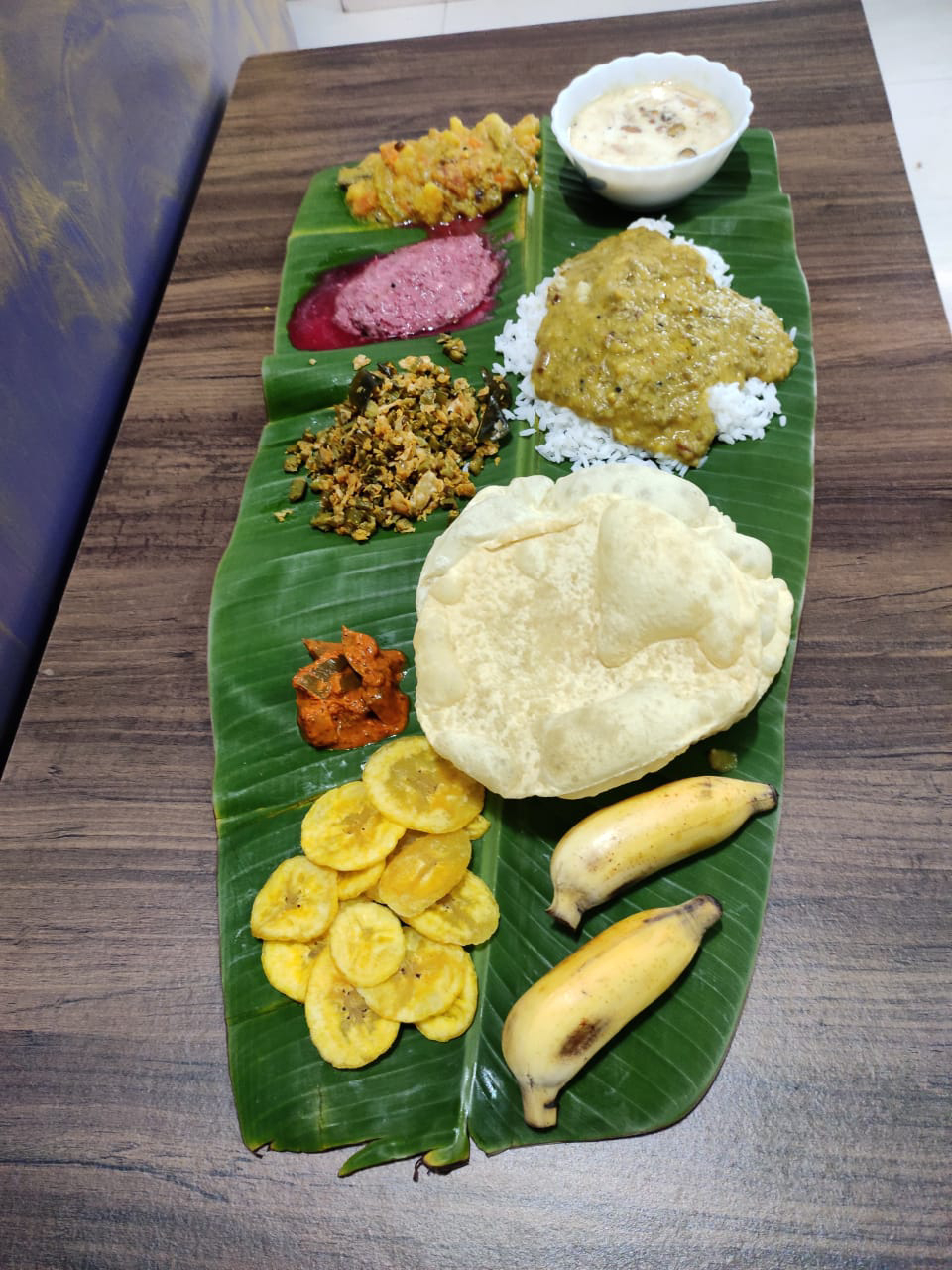 Grand feasts are prepared on this occasion. This is known as 'onam sadya’. There are approximately 13 dishes that are prepared for this. The food is served on banana leaves and consists of rice along with different daal, sambhar, rasam, pickles and papads. A sweet dish called ‘payasam’ is a must during Onam. It is made of rice, milk, sugar and coconut. Sometimes jaggery is also used along with dry fruits.

Serving Traditional dishes on a banana leaf called Sadhya and offering it to God first, later enjoying this scrumptious meal.

The enormous meal calls for preparations  much in advance, which brings the community together. The meal consists of traditional dishes from across the state, including fried snacks, variety of curries, pickles, sweets served with boiled rice.

include Avial, Ulli Theeyal, Erissery, Sambar, rasam and Parippu curry, accompanied with Steamed Rice, Curd, Banana Chips and Upperi. End your meal on a sweet note with Payasam, like kheer

Enjoy the flavour while you eat with your hands and lick your fingers.

This is special since it's Bunny's first onam where he tried to eat from a banana leaf, hence few favourites are added on his banana leaf.

We may be away this Onam but wishing a #HappyOnam and the best of health to all.