A trip to the Pandevleni caves

Visited Nasik with my family to spend quality time and enjoy some good food and was looking around for some places to visit and spend time. Came across some great reviews about the Pandevleni caves and the history behind it made us really want to explore this place. We were ready to visit the caves in the morning and were told its located on a mountain so now this adventure became even more interesting. 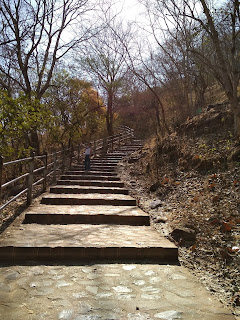 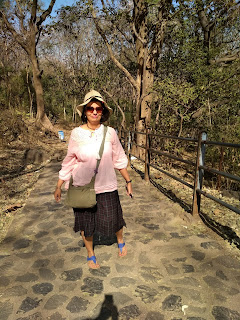 We approached the mountain and were told there caves are located at the top and we start climbing the fleet of steps. It almost took us 45 minutes to reach the top, the steps are uneven and rocky half way through so we need to be extra careful not to tumble and fall. After reaching the top I was so excited I could firstly climb up and secondly witness history and learn. There is a small entrance fee of Rs.15/ - per person and you can see the entire city of Nasik.The view is breath-taking and the temperature is cold on the mountain.
Learning more about the caves, the Pandavleni caves are total a group of 24 caves carved between the 1st century BCE and the 3rd century CE, though there are additional sculptures that were added up to about the 6th century, reflecting the changes in Buddhist devotional practices. Theses mystic caves consist of musical fountains, museums and various outlets of food. Multiple monasteries, shrines, water tanks, pillars, and carvings can also be found inside. 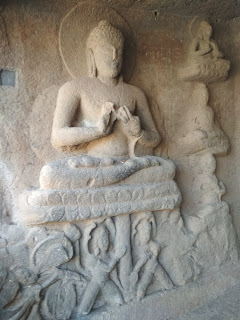 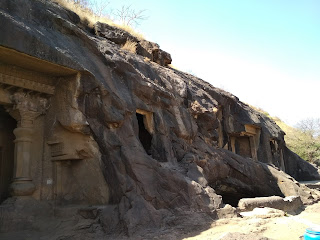 The name of the caves is Pandavleni however it has no reference and no connection to the Pandava brothers from the Mahabharata.  There are some water tanks, which are built inside the rocks, served as places where meetings were held amongst the disciples. They also consist of numerous sculptures of Bodhisattvas and Lord Buddha.
The caves bear testimony that Nasik was ruled by three dynasties in all - the Western Kshatrapas, the Satavahanas and the Abhiras. The inscriptions in the caves confirm that apart from the kings, local merchants and landlords also supported Buddhism and donated large amount of money for the development of the Pandavleni Caves. Many decades later, people started calling these caves as the Pandav Caves, and they continue to be known by this name till date, even though the name is a misnomer. 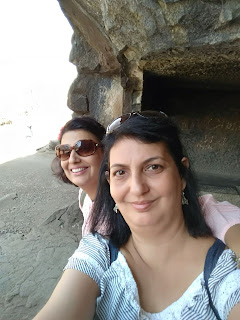 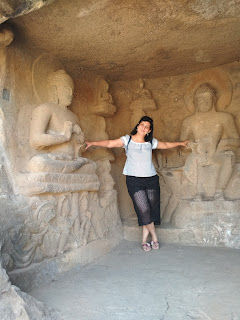 My observations - There is a huge sculpture that looks like a shivling in one cave. Most of the caves are small, however the big caves have beautiful sculptures of Lord Buddha. It's extemely cold when you enter the caves ( you feel like you are entering an AC room) and very calm. My sister was shouting in one cave and her voice was echoing so we joined her. There is water on the top in the form of a well that is covered and unused now. There are no tourist guides to help us know more about the caves. However there are huge boards put up while climbing up the mountain and on the mountain about the history of the caves. This is a must visit while traveling to Nasik.
Photo credit my Redmi Mi phone mi.com/in/